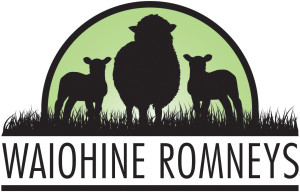 Stonestead, Greytown was purchased in 1981 with no capital stock and this was used to our advantage, as we were able to select our own type of sheep.
Excellent lines of surplus ewe lambs and 5/ 6 year ewes were purchased, mostly from Wairere, Wai-iti and Chris Bendall, setting a good base to start Waiohine Romneys.
By accessing proven MA rams we were confident enough to use very low ram to ewe ratios for the early part of mating to maximise genetic gain. (In the extreme 1:600 for the first 10 days)

1987 was the first year of single mating and tagging at birth for Waiohine Romneys. Selection of potential recorded ewes was based on mixed age ewes that had reared a hogget lamb and never subsequently failed to rear a lamb. All 2th ewes were given the chance of entering the Waiohine Romneys recorded flock as well. These 2th ewes were single mated to superior sires and then pregnancy scanned for twins/triplets prior to decisions being made as to which would become part of the Waiohine recorded flock.

In 1992 Waiohine Romneys was invited to join the Wairarapa Romney Improvement Group. This obviously gave us an opportunity to access a larger gene pool as well as the combined enthusiasm and initiatives of the other members at an early stage of our development.

What does Waiohine Romneys stand for? 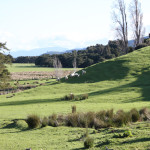 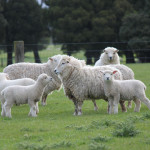 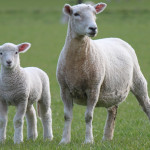 This message is only visible to admins.

PPCA Error: Due to Facebook API changes on September 4, 2020, it will no longer be possible to display a feed from a Facebook Page you are not an admin of. The Facebook feed below is not using a valid Access Token for this Facebook page and so will stop updating after this date.