Bay de Lautour started recording in 1970 with the formation of the WRIG group, Hamish took over the breeding flock in 1984 and now the third generation is shaping up with Harry.
Te Whangai is located high in southern Hawke’s Bay on low fertility argillite soils with persistent westerly winds and usually some winter snow.  Summer rainfall is unreliable.

Sheep to cattle ratio of 80% plus sheep means no hiding from internal parasites.

The breeding philosophy at Te Whangai is very clear, we believe that for commercial farmers to run an ever increasingly more efficient and profitable business they must focus on continuously getting more for less, i.e. more production from less input. Our selection programme works on that principle.

To make genetic progress, selection must take place in an environment that puts pressure on the traits you want to improve.
Giraffe would never have evolved with long necks if there wasn’t a shortage of low hanging food!
It is clear that a different type of sheep has developed with selection for growth traits while feed is always at a premium, than those developed where feed is plentiful.

From 1970 the immediate focus was to lift fertility and develop an easy-care animal, this was the same for most modern breeding groups.
By the early 1990s the average ‘Number of Lambs born’ to the recorded ewes was over 190%, as only twinning twotooths were retained.
Fertility, survival and milking ability were strongly entrenched in the flock.

The 1990s saw the beginning of a new and big effort to select sheep that would continue to grow while under a summer / autumn internal parasite challenge.
Consistent with our philosophy this selection must take place in a known parasite challenging environment.  A comprehensive programme developed by AgResearch has been in place for 25 years and involves regular weighings of undrenched hoggets through the autumn.

Wool weight still plays an important part in our sire selection and all ram hoggets are side sampled, with the long term aim of being able to put a true value on the key processing attributes of bulk, micron, colour and yield.

Longevity has always been a focus. It is more efficient to carry a high producing older ewe than extra ewe hoggets and also allows heavier culling of replacements. Recorded ewes are not culled for age, rather just production. 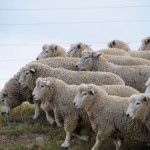 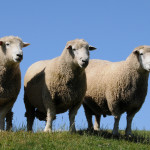 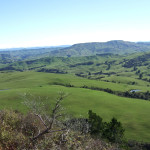