Testimonials by WRIG clients and partners

As an agricultural student with a keen interest in sheep and beef production I first became aware of the reputations of some of the WRIG breeders and in the performance of their rams as sires over 30 years ago.  My direct involvement with WRIG as a scientist dates back over 25 years when a few years after finishing my PhD in upstate New York, they asked me my view on the “optimal size for a breeding ewe”.  This was symptomatic of the groups’ approach to improvement – their members were never satisfied with the status quo and were always looking for new angles at putting science into practice to improve the farming profitability of their ram buying clients.

Open-nucleus group breeding schemes are a particularly effective approach to improve a population by selection.  Long before SIL developed routine national evaluations, I worked with WRIG breeders to link their flocks through a single sire reference scheme in order to develop across-flock breeding values so they could benchmark their respective flocks for all the traits of importance, identify superior sires from other members flocks and help prototype research for the benefit of the entire national flock.

Among hundreds of oral presentations to farmers and scientists around the world, some of the most challenging questions have come from WRIG members! They combine the highest levels of stockmanship with practical thinking and entrepreneurial activities to seek out cost-effective applications of science to benefit their clients, whose production now represents an impressive figure of more than 20% of the national lamb crop.

I have the greatest respect for these WRIG breeders who achieve ongoing genetic improvement in their ram breeding flocks within the context of their own family farming enterprises.

The objectives of the founding WRIG group members were to breed a high performance easy care sheep for use on their own hill country properties.

The initial primary aim of group members was to genetically upgrade the Romney breed they were using by performance recording and selection. A secondary aim was to produce flock sires for sale to commercial hill country farmers.

Group members have demonstrated their vision and are forward thinking; sound innovative farmers;

Their focus has been on performance results that can be measured as commercial return achieved rather than fashion.

The Romney bred by WRIG members are a type of sheep that has changed on the Romney’s of 40 years ago. They are now good mothers achieving lamb growth rates and performance that was only formally thought possible making use of the benefits from hybrid vigour through crossbreeding.

The modern WRIG Romney are genuine dual wool and meat producing sheep capable of sustainably achieving 150% + S/S lambing with lambs weighing 30k plus at 100 day weaning and 6.0kg + weight of wool per sheep SU from  65 to 70 kg ewes.

The WRIG Romney are the ideal breed for pastoral hill country farming where the objective is to maximise the efficient conversion of grass to saleable meat and wool. 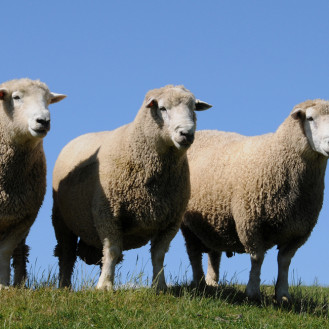 Article by Gerard Hutching  |  stuff.co.nz – 23/07/2015. To romney breeder and authority Holmes Warren, his efforts to improve the breed are nothing less than akin…